Since I started practicing law in the construction realm, the seminal Illinois decision on the enforceability of a “pay when paid” or “pay if paid” clause has been A.A. Conte v. Campbell-Lowrie-Lautermilch Corp., 132 Ill. App. 3d 325 (1st Dist. 1985).¹ In 1992, the Illinois legislature expressly declared such clauses unenforceable as a defense to a mechanic’s lien claim (770 ILCS 60/21(e)) but was silent on the enforceability of such clauses in contract – i.e., absent a claim under the Mechanics Lien Act.

Despite the legislature’s express limitation of the applicability of the statute and the ancient interpretive maxim “expressio unius est exclusion alterius” (the expression of one thing is exclusion of another), I and a number of colleagues have wondered whether the Illinois courts would take matters into their own hands and declare such clauses unenforceable based on their public policy views. The discussion of whether that would be a proper exercise of the judicial power is best left to be had over (perhaps several) drinks. But in the first published Illinois decision on the topic since Conte, the court in Beal Bank Nevada v. Northshore Center THC, LLC, 2016 IL App (1st) 151697, held on September 30, 2016 that “pay if paid” clauses remain enforceable in contract if the payment condition is an unambiguous condition precedent to payment.

All contractors, original and subcontractors, expect to be paid in accordance with their contract. In the absence of an agreement to the contrary, original contractors (let’s call them General Contractors for this purpose) generally become liable to their subcontractors for payment with the subs’ performance of their work. However, if the GC is not paid by the owner, whether on account of a dispute over the quality of the work, a loan that is out of balance, insolvency of the owner or whatever, the GC could be liable to its sub for work for which the GC has not been paid—effectively becoming the owner’s bank. Any GC will tell you that it does not believe that it is in business to take this kind of risk. Many GC’s will attempt to pass that risk to each subcontractor pro rata to the extent that the owner has not paid the GC for that particular sub’s work.

On the other hand, if there is an ambiguity in the agreement—and this is an area where ambiguities have been held to exist (manufactured?) by the mere mention of the concept of time in the contract – the clause could be deemed to be a “pay when paid” clause. The consequence of a finding of “pay when paid” rather than “pay if paid” is that in the former instance the payment obligation to the subcontractor still exists and payment must be made within a “reasonable” period of time. Rest assured that by the time a lawsuit comes to judgment, a “reasonable” period of time will have expired. In that event, the GC may have the risk of paying for all of the work rather than just that with its own forces without payment from the owner.

In Beal Bank, the trial court found that the contract and the parties’ conduct with previous draws demonstrated an intent to make payment to the GC an unambiguous condition precedent to payment to the sub and entered judgment in favor of the GC. The Appellate Court reversed, citing several provisions of the contract with references to the timing of payment and the dissent in Conte with its discussion of section 227 of the Restatement (Second) of Contracts on the preference to avoid a forfeiture – which, in this context, is equated to a denial of compensation. Further, the court cited text that you likely would find in almost any construction contract relating to the timing of payments. By the end of ¶ 23 on page 12 of the slip opinion, it appeared that the court was on its way toward overruling Conte or making an “unambiguous condition precedent” an impossible task because unrelated payment timing clauses could almost always be used to inject a temporal component, thus universally creating an ambiguity despite seemingly clear language to the contrary.

But the court did not continue in this fashion. The court found that the Seventh Circuit’s opinion in BMD Contractors, Inc. v. Fidelity & Deposit Co. of Maryland, 679 F. 3d 643 (7th Cir. 2012) (applying Indiana law), provided a useful framework for analysis. In BMD Contractors, the subcontract contained the following language:

2016 IL App (1st) 151697 at ¶ 24 (quoting BMD; emphasis in original). The court noted the Seventh Circuit’s conclusion that “‘the [above quoted] condition-precedent language is clear and sufficient on its face to unambiguously demonstrate the parties’ intent’ that the subcontractor would not be paid unless the contractor was paid,” id. at ¶¶ 25, and that the provision is a “pay if paid” clause where the parties express such an unambiguous intent “that a subcontractor will be paid only if the contractor is paid, thus ensur[ing] that each contracting party bears the risk of loss only for its own work.” Id. at ¶ 24.

The Beal Bank court proceeded to apply the Seventh Circuit’s analysis in BMD and found the language present in BMD to be lacking in the contract at hand. Thus, despite the GC’s argument that a reversal effectively would overrule Conte, the court expressly wrote that “we do not ‘disavow’ Conte, but rather distinguish its facts from those of this case.” Id. at ¶ 27. If the parties want to create an unambiguous condition precedent, they would be well-served to track the language quoted from BMD by Beal Bank to create an enforceable “pay if paid” defense to a claim for breach of contract.

I maintain that the Mechanic’s Lien Act is no substitute for a good credit department and there are going to be times when the Act is inappropriate or unavailable to bail out a credit decision that doesn’t work out. Construction involves the extension of credit by multiple parties, all of whom need to be mindful of the scope of the risk they are taking and what is common for their particular marketplace. Counsel to construction contractors and subcontractors should read and understand this case and advise their clients accordingly before the client signs on the dotted line.

¹There also is the federal district court’s decision in Brown & Kerr Incorporated v. St. Paul Fire & Marine Ins. Co., 940 F. Supp. 1245 (N.D. Ill. 1996) – which, of course, is not binding authority in Illinois. I analyzed both cases in my piece “Pay If/When Paid Clauses in Illinois” appearing in the July 2015 edition of Building Knowledge.

Reprinted with permission of the Illinois State Bar Association 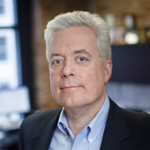 The Joy of a Good Argument, the Thrill of Helping Real Estate Clients for D... Scroll to top