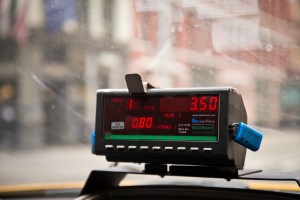 However, these “protections” are mere illusions when the individual you thought was an independent contractor is legally determined to be an employee. Just ask Uber®. In a recent decision issued by the Labor Commission of the State of California, the Hearing Officer found that the Plaintiff, a former driver for Uber, was an employee and not an independent contractor. The Hearing Officer made this determination despite the company’s arguments that: (1) Uber only provides administrative support to the Uber driver and the passengers; (2) Uber did not control the hours worked by the drivers; and (3) the drivers owned their vehicles. The Hearing Officer, applying California law, held that it was not necessary for Uber to exert complete control over the driver’s activities, rather, it only had to be shown that the defendant exercised “necessary control over the operation as a whole.” Further, the ownership of the vehicle was not dispositive. Instead, the Hearing Officer held that, under California law, an employer-employee relationship is generally found “when the work being done is an integral part of the regular business of the employer . . . .” Based upon this finding, the Hearing Officer ordered that Uber reimburse the driver for expenses (including mileage at the IRS rate of $ .56 per mile and toll charges). Although the Hearing Officer refused to order the payment of wages, that decision was based on the driver’s lack of evidence, rather than a decision made in favor of Uber.

This decision follows on the heels of a ruling by the United States District Court of the Northern District of California that ruled that the case could proceed to trial on the issue of whether the four named Plaintiffs, who are drivers or former drivers for Uber, are employees or independent contractors. In its ruling, the Court concluded that because the Plaintiffs “perform services” that benefit Uber, they are “presumptive employees.” However, the final determination of the Plaintiffs’ status as an employee or independent contractor will be left to the jury. Equally troubling for Uber is the fact that the Plaintiffs are currently seeking class action status, which, if granted, would bring in approximately 160,000 Uber drivers throughout California.

The potential wide-ranging effect of the Order of the California Superior Court and potential outcome of the lawsuit before the United States District Court has to be concerning to Uber, and companies like Uber. As stated by one commentator, should the drivers continue to file and win lawsuits, companies like Uber could be responsible for hourly wages or a regular salary, as well as reimbursement for the money the drivers spent on things like gas and insurance. This, obviously, goes against the business model of companies like Uber.

So what should companies take away from the Uber Order? If you are contracting with independent contractors, be sure that you are entering into a true independent contractor relationship. Look at such factors as: (1) the degree of control being exercised over the individual; (2) the extent to which the services being rendered are an integral part of your business; (3) the extent of the relative investments; (4) the opportunity for profit or loss by the individual; (5) the permanency of the relationship and (6) the skill required of the individual. Making the wrong determination can be costly.

If you have questions regarding the status of any of your independent contractors, let us assist you in understanding the proper classification.

Will Your Exempt Employees Remain Exempt?