Crowdfunding and the JOBS Act

Crowdfunding is an evolving method of raising capital that has recently been increasingly used to raise funds through the Internet to fund startups or specific projects. In April 2012, the Jumpstart Our Business Startups Act (the “JOBS Act”) became law. The JOBS Act is intended to encourage the funding of US small businesses by easing various securities regulations, and has had the effect of allowing the SEC to pursue crowdfunding rules that would expand access to investing in new ventures to the general public. Title III of the JOBS Act (the “crowdfunding section”) created a federal exemption under the securities laws so that crowdfunding can be used to offer and sell securities. In this vein, the “crowdfunding” section of the Act aims to make venture investing opportunities available to just about anyone.

Though the JOBS Act has been law since 2012, the SEC just adopted the final rules to permit companies to offer and sell securities through crowdfunding on October 30, 2015. And the rule is still not in effect; it is scheduled to take effect 180 days after it has been entered into the Federal Register, which will likely occur at the culmination of a 90-day review period.

Rules Aim to Include “Non-Accredited” Investors 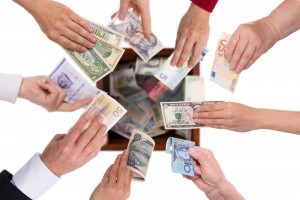 As equity crowdfunding with non-accredited investors under Title III takes effect, increased crowdfunding of startups by everyday citizens is expected to occur. This should result in a remarkable amount of capital available to companies in their early stages.

Be Aware of the Limitations

There are important limitations to note. Startups and small businesses can raise up to $1,000,000 a year through this process, but are prohibited from raising more. Investors making less than $100,000 per year can invest the greater of $2,000 or 5% of their annual income. Investors who make more than $100,000 per year can invest up to 10% of their annual income. However, to keep companies transparent, significant disclosures are required, which should help non-accredited investors in making their investment choices a little less risky.

5 Fundamental Considerations for Selling a Product Online Scroll to top