Illinois Mechanic’s Liens: Are You Covered?

In last month’s Carlson Dash Digest, we continued our short series on Illinois mechanic’s liens by focusing on who is entitled to a lien.  This final blog in the series looks at what a mechanic’s lien covers and who is first in line to be paid – in a line where being second could mean not getting paid at all.

What Land Is Covered?

It is important to know the extent of a mechanic’s lien i.e., what land is subject to the lien. Section 1(a) of the Illinois Mechanics Lien Act discusses this in detail, however the general   idea is that all land making up the premises which are occupied and/or used in connection with the residence or business. A good check on what is covered is looking at the legal description for the land.

The legal description is important because any lot or unit with an incorrect legal description will not be subject to the lien. This is particularly important with condominium projects.  If a claimant fails to describe the units properly or to allocate a claim among units, the entire lien may be lost. Depending on which end of the mechanic’s lien you sit this could benefit other interests that compete with mechanic’s liens.  Speaking of which …

Know Your Priority – Are You In Competition with Other Liens?

The old axiom “first in time, first in right” generally governs the priorities of competing interests in real estate.  When the lien is created by a mortgage, its priority date against the interests of third parties is, generally, the date of recording.  However, when the lien is created under the Mechanics Lien Act, the priority date is sometimes ambiguous and not so easily ascertainable. 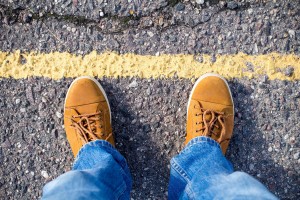 Potentially, this is very beneficial to the mechanic’s lien claimants and detrimental to other interested parties.  The object of the exercise is to collect money, and if a party is likely to collect in the end (i.e., out of a foreclosure sale of the property), it may have considerable leverage to advance that result without foreclosure.  A lienholder’s leverage may be greatly enhanced if it (and any holders of competing interests) knows that, at the end of the day, it will be a first-priority lien.  If the original contract pre-dates the recording of the mortgage, mechanic’s lien claimants asserting their claim through that contract will have that leverage.

But even if the original contract post-dates the recording of the mortgage, the Illinois legislature has given to mechanic’s lien claimants something that they do not have in other states.  In most states, if a mortgage is recorded before visible construction work begins or some other similar event, the mortgage has absolute priority over all subsequent mechanic’s lien claims.  However, in Illinois, even if the original contract date post-dates the recording date of a mortgage, the mechanic’s lien claimant is entitled to priority to the extent of the enhanced the value of the property resulting from improvements to the property (Section 16 of the Mechanics Lien Act).

Who Benefits from the Statute Change?

The current language of Section 16 is the product of a legislative amendment in response to the Illinois Supreme Court’s decision in LaSalle Bank v. Cypress Creek I, decided in February 2011.  The Supreme Court in Cypress Creek held that the priority of a mechanic’s lien against a prior mortgagee was very limited under the language of the former Section 16.  Proponents of the amendment claimed that the Cypress Creek decision contradicted many years of published case law; the Supreme Court said quite the opposite, that the decision was consistent with many years of published case law.

Either way, the statute has been changed, which benefits: (i) subsequent mechanic’s lien claimants, who have the potential to jump in front of mortgagees in the priority line; and (ii) mechanic’s lien lawyers, who have been given new turf over which to argue into the foreseeable future.