Is That Restrictive Covenant Enforceable?

When and how can a current owner of real property control the future use of that property?

An owner may attempt to restrict the future use of property being conveyed by delivering a deed with certain restrictions, or covenants, that require future owners to use the property a certain way or to prevent certain use.

However, whether the deed restriction is enforceable can be an open question.

For example, covenants that impose racial or religious restrictions after the sale of a property are unenforceable. Shelley v. Kraemer, 334 U.S. 1 (1948).

A restrictive covenant is usually enforceable only by the person for whom the benefit was intended. That person generally has an interest in some land that is benefited by the restriction.

In most jurisdictions, when an owner no longer holds title to land that is benefited by a covenant, that former owner is no longer entitled to enforce it.  However, in Illinois, restrictive covenants may be enforced by someone who does not own property in the vicinity of the property encumbered by the covenant.

If the value or use of certain land is negatively impacted by a restrictive covenant, there are options to have the covenant removed by legal process, which include: 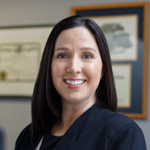 Both Sides of the Coin: Cryptocurrency and Estate Planning Scroll to top