Lender’s Right to Personal Deficiency Judgment: Use It (Correctly) or Lose It

According to the Appellate Court of Illinois in LSREF2 Nova Investments III, LLC v. Michelle Coleman, 2015 IL App (1st) 140184, in an opinion handed down on June 5, 2015, where the circuit court had personal jurisdiction over a defendant to enter a personal deficiency judgment against her pursuant to section 15-1508(e) of the Foreclosure Law, plaintiff’s subsequent suit for the amount of the personal deficiency as determined in the foreclosure suit was barred by the doctrine of res judicata. 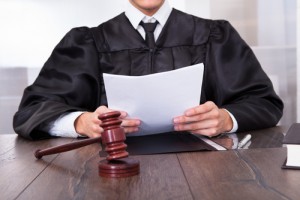 What is res judicata? The doctrine of res judicata prevents the multiplicity of lawsuits between the same parties involving the same facts and issues. In order for res judicata to bar the same parties (or their privies) from litigating causes of action that were or could have been raised in an earlier lawsuit, the moving party must demonstrate: (1) a final judgment on the merits rendered by a court of competent jurisdiction; (2) an identity of causes of action; and (3) an identity of the parties or their privies. In this case, defendant executed a mortgage and promissory note related to a commercial property, and subsequently defaulted on payments. The plaintiff filed a single-count complaint to foreclose the mortgage seeking in its prayer for relief a judgment to foreclose the mortgage and a personal judgment for a deficiency. The complaint alleged that the defendant was “personally liable for any deficiency.” The court entered a judgment of foreclosure and sale in favor of plaintiff, finding a default by defendant, that “plaintiff [had] the right and power to declare immediately due and payable all indebtedness secured by the mortgage,” and providing that the plaintiff was entitled to a deficiency judgment against the defendant, and execution thereon as provided by law. The judgment also provided that the court retained jurisdiction to, inter alia, satisfy any deficiency which may be found due to plaintiff. A judicial sale was held, and the plaintiff purchased the subject property. The court subsequently entered an order approving the report of sale and distribution of the subject property, confirming the sale, and ordering possession. That order stated that “there shall be an IN REM deficiency judgment entered in the sum of $227,416.32 with interest thereon as by statute provided against the subject property.”

On appeal, the Appellate Court of Illinois, First Judicial District, affirmed. The parties disputed the second element of res judicata: the existence of an identity of causes of action. Plaintiff argued there was no identity to the causes of action where it sought separate, consecutive proceedings for the adjudication of the mortgage and promissory note. The defendant argued there was an identity of causes of action where the pleadings demonstrated that the plaintiff chose to adjudicate its rights under the note in the mortgage foreclosure action.

The court agreed with the defendant. In the foreclosure action, the plaintiff specifically sought a personal deficiency judgment against the defendant based on defendant’s obligations under both the promissory note and the mortgage. Pursuant to section 15-1508(e) of the Foreclosure Law, with “any order confirming a sale pursuant to the judgment of foreclosure, the court shall also enter a personal judgment for deficiency against any party (i) if otherwise authorized and (ii) to the extent requested in the complaint and proven upon presentation of the report of sale in accordance with Section 15-1508.” Therefore, Section 15-1508 allowed a personal money judgment to be entered against the defendant in the foreclosure action and allowed plaintiff to enforce and collect it to the same extent and manner applicable to any money judgment.

Thus, the court held that where the circuit court had personal jurisdiction over the defendant to enter a personal deficiency judgment against her pursuant to section 15-1508(e) of the Foreclosure Law based on plaintiff’s request for a personal deficiency judgment in its foreclosure complaint, plaintiff’s subsequent claim for the amount of the deficiency as determined in the foreclosure suit as a result of the sale of the property is barred by the doctrine of res judicata.

Lender’s Release of One Co-Borrower Does Not Release All