Lender’s Release of One Co-Borrower Does Not Release All

A lender’s release of one co-borrower does not necessarily release all. That is the message sent by the Appellate Court of Illinois, First District, in a striking decision filed on May 27, 2015. In The Private Bank and Trust Company v. EMS Investors, LLC, et al., EMS Investors, LLC (“Investors”), Cheryl Bancroft and Herbert C. Emmerman were co-makers on a promissory note for $1.62 million, and agreed to be “jointly and severally” liable under the note. Defendants defaulted under the terms of the note and its amendments by failing to make payment due on the maturity date, and the lone guarantor, Equity Marketing Services, Inc. (“EMS”), defaulted by failing to make payments. 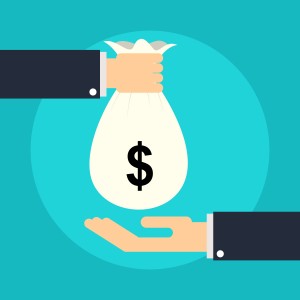 As evidence that it had no intent to release Emmerman, Investors, or EMS, the Bank presented the court with i) an affidavit from a Bank representative stating that the settlement agreement was not intended to apply to Emmerman, Investors, or EMS; ii) deposition testimony from Emmerman stating that he had no knowledge of the settlement agreement when it was executed and had not been requested to review it, and iii) Emmerman’s admission at deposition that the Bank communicated that it was interested in him paying on the note.

After cross-motions, the trial court struck the affirmative defense and entered judgment in the Bank’s favor. And on appeal, the Appellate Court affirmed, finding that the entry of one co-obligor into an unconditional release will not release all co-obligors when a contrary intent appears from the face of the release document.

Consent to Jurisdiction for Non-Core Issues Allowed in Bankruptcy Proceedin...

Lender’s Right to Personal Deficiency Judgment: Use It (Correctly) or Lose... Scroll to top