Consent to Jurisdiction for Non-Core Issues Allowed in Bankruptcy Proceedings

In a case decided on May 26, 2015 the United States Supreme Court decided that parties can consent to Bankruptcy Court jurisdiction on non-core issues. This is a key decision affecting the rights of parties in bankruptcy proceedings. The case is Wellness International Network, Ltd., et al. vs Sharif, 575 U.S. ____ (2015).

Here are the circumstances that led to this decision. 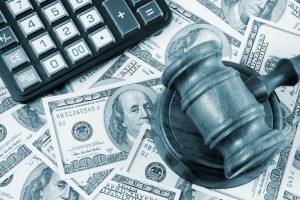 The Supreme Court granted certiorari and arguments were presented in January, 2015.

In a split opinion, the Supreme Court held that bankruptcy courts are not prohibited from hearing and making determinations regarding non-core proceedings if the parties consent or waive objection. Article III of the United States Constitution does not prohibit bankruptcy judges from determining non-core proceedings if the parties agree or waive consent. Parties may waive their objection to the bankruptcy court hearing non-core proceedings such as in Stern. However, such consent must be knowing and voluntary but does not need to be express. Consent can be implied as well. The key question for courts to review is whether the litigant’s consent, whether it is express or implied, is knowing and voluntary. The Majority Opinion points out that Bankruptcy Judges are appointed by Article III judges and may be removed by them and hear matters by reference by the District Courts. Therefore it was apparent that the District Courts intended for bankruptcy courts to hear matters as delegated. The Court then remanded the case to the 7th Circuit for a decision on whether Sharif knowingly and voluntarily consented to the bankruptcy court’s jurisdiction.