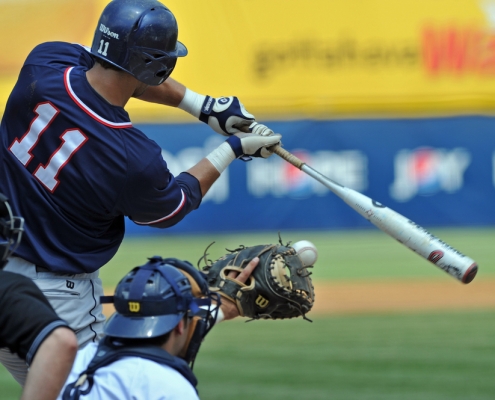 On September 5, 2019, the United States Court of Appeals for the Seventh Circuit issued a comprehensive ruling regarding the ability of a creditor in a closed Chapter 7 bankruptcy case to bring a price-fixing claim against the Bankruptcy trustee’s software-services provider.

In May of 2011, Integrated Genomics, Inc. (“IGI”), a software developer, filed a Chapter 7 petition in the U.S. Bankruptcy Court in for the Northern District of Illinois. McGarry & McGarry, LLC (“McGarry”) was an unsecured creditor of IGI and filed a claim. The bankruptcy trustee used Bankruptcy Management Solutions, Inc.’s (“BMS”) bankruptcy case-management software and one of BMS’ partner banks in the administration of the estate.

As a quick aside, BMS is the largest supplier of bankruptcy software services. Prior to the IGI bankruptcy at the heart of this matter, BMS used to partner with banks and jointly deliver software and banking solutions to the bankruptcy estate. These partnerships included the sharing of fees between the banks and BMS in exchange for the trustee’s usage of the case-management software and banking services. However, after the economy turned in 2008, BMS, like other providers of bankruptcy software services, changed its model, which entailed it requesting that the Executive Office of the U.S. Trustee suspend its rule prohibiting trustees from using bankruptcy estate funds to pay bank fees, which it did in April 2011.

In the IGI bankruptcy, when the estate’s funds were disbursed and the case was closed in April 2014, a service-fee of $514.16 was paid by the estate to one of BMS’ partner banks. Two years later, McGarry learned that most of that $514.16 went to BMS and they instituted the first of the three attempts to sue BMS in an alleged price-fixing conspiracy.

First, McGarry filed a suit in the district court alleging claims under the Sherman Act and the Illinois Antitrust Act. The District Court dismissed the Sherman Act claim on the basis that McGarry was not a direct purchaser of the bankruptcy software services, and renounced jurisdiction over the claim under the Illinois Antitrust Act. Following that dismissal, McGarry attempted to reopen the bankruptcy proceedings. However, since the bankruptcy case had been closed for more than three (3) years at that point, the bankruptcy court denied McGarry’s request. For its third attempt (strike), McGarry filed a new lawsuit in Illinois state court alleging a stand-alone claim under the Illinois Antitrust Act. Thereafter, BMS removed the case to federal court and moved to dismiss. Conveniently for BMS and inconveniently for McGarry, when the state court case was removed to federal court, it was assigned to the same judge who handled the first lawsuit. The district court subsequently granted BMS’ motion to dismiss and this appeal followed.

In its decision, the 7th Circuit provided a thorough analysis of McGarry’s ability to bring an antitrust suit against BMS. Within its analysis, it discussed a key distinction between the Illinois’ Antitrust Act and its federal counterpart: Illinois’ adoption of an “Illinois Brick repealer” provision, which permits indirect purchasers to file suit. However, after analyzing the facts of this case, the 7th Circuit concluded that the “Illinois Brick repealer” clause did not apply, as McGarry was not a participant in the market for bankruptcy software services, and instead was just a creditor of a Chapter 7 debtor. Thus, McGarry’s alleged injury was entirely derivative of the bankruptcy estate’s injury, and thus insufficient to confer antitrust standing. As a result, the Seventh Circuit affirmed the District Court’s decision.

In the final paragraphs of its decision, the 7th Circuit did make an important note regarding any potential antitrust claim associated with BMS’s current practice. It reasoned that the most appropriate person to pursue any claim would be the bankruptcy trustee, as the trustee owes a fiduciary duty to an estate’s creditors. Thus, the trustee would have standing to pursue the debtor’s claim against the alleged conspirators on behalf of all creditors equally, with the disclaimer being whether bringing said claim is in the bankruptcy estate’s interest.

The Court’s full opinion can be found here.