The Carlin Club, a resort located along the shores of Carlin Lake, planned on pumping 20,000 gallons of water per day from a well on its property for transport to a water bottling facility. The County said that this commercial activity did not violate its ordinance because it fell within the scope of a commercial use of the Carlin Club property as a resort.  That sentiment changed because by the time the case reached the Court of Appeals, it was apparent that all parties accepted that the County was wrong and that pumping the water for transport and bottling is a violation of the ordinance.

When it was clear the County was not going to enforce the ordinance, the property owners and their association sued the Carlin Club seeking an injunction. In its defense of the lawsuit, the Carlin Club argued that 100 years of Wisconsin cases required plaintiffs to show they are “specially harmed,” or harmed with an injury greater than the harm to the general public, in order to have the right to privately enforce an ordinance. The Carlin Club pointed out that no prior Wisconsin case held that private property owners may sue to enforce an ordinance because of a violation that does not “specially harm” that owner.

The Court of Appeals ruled that Wisconsin Statute section 59.69(11) was clear: any owner of property within the district affected by the zoning ordinance at issue may enforce that county zoning ordinance.

The Carlin Lake landowners’ association did not itself own property in the zoning area so the court ruled that it could not sue to enforce the zoning ordinance BUT, the individual property owners within the same R-1 zoning area could so the Carlin Club’s pumping plans were defeated. 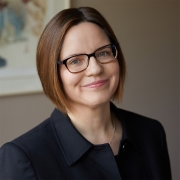 Jordana’s experience includes both the transactional realm and the courtroom. If you need assistance with a related matter, contact Jordana.

COVID-19 a/k/a Coronavirus: Save Your Company From a Shutdown Scroll to top