On September 24, 2019, the United States Department of Labor released its final rule regarding the earnings thresholds necessary for employees to be considered exempt from the minimum wage and overtime provisions under the White Collar (executive, administrative and professional) employee exemptions contained in the Fair Labor Standards Act (“FLSA”). Note that there remains a jobs duties test.
Beginning January 1, 2020, for an employee to be considered exempt, in addition to meeting the job duties test, the employee must be paid a minimum of $35,568.00 per year ($684 per week). Also beginning on January 1, 2020, for an employee to be exempt under the highly compensated employees’ exemption, the employee must earn at least $107,432.00 per year. Along with other potential allowances for one-time payments to employees to meet the threshold, the final rule provides that employers may use nondiscretionary and incentive payments, which would include commissions paid at least annually to satisfy up to 10% of the standard salary level. Unlike the 2016 Final Rule, the 2019 Final Rule does not include any provisions for automatic adjustments, but the DOL noted that it intends to update the thresholds in the future.

Barring any last-minute Court intervention as occurred after the DOL’s May 2016 Final Rule was released, this will impact all employers in all states, including Illinois, Wisconsin and Michigan, which apply the same salary-level test as the FLSA. The Final Rule only changes the salary-level test for exempt employees, leaving the job duties test unaffected. However, with the release of the Final Rule, it is a good time for employers to review not only the salary level of its exempt employees, but also to conduct a job duties test review.  This may be especially helpful in regard to a company’s decision-making in converting certain employees to a non-exempt employee. 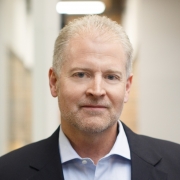 Deciphering the Alphabet Soup of Entities

Illinois Limits Retainage for Private Commercial Projects – What to Expec... Scroll to top