Illinois Limits Retainage for Private Commercial Projects – What to Expect

On August 20, 2019, Illinois Governor JB Pritzker signed into law, effective immediately, a bill that limits retainage on private commercial construction projects. Supporters of the bill have stated that the purpose of the bill is to get payments faster to the smaller contractors who perform early trades. In theory, that may sound good to such smaller contractors. However, the consequences of the new law’s plain language may end up hurting the small contractors that its drafters claim to be helping.

The Problem to Be Solved

On commercial construction projects, it is commonplace for owners to withhold from a general contractor (or a design-builder, or the trades on a multi-prime model) a percentage of each draw in order to make sure that the construction is completed in accordance with the contract. Similarly, lenders structure their construction loans to withhold retainage. Like the overall contract price, the exact percentage and the portions of the work that are subject to retainage (i.e., materials, labor, etc.) heretofore have been determined by the marketplace. Generally speaking, when the project is substantially completed, the appropriate person/firm certifies that final payment is due and the withheld retainage is paid to each contractor to which it is due – except, of course, to the extent of known deviations from the contract – commonly called “punch list” work. In that event, a percentage (generally, in my experience, 150% of the anticipated cost of completion) is withheld until final completion.

Although sometimes negotiated differently, it is not uncommon in the markets in which my practice lies for the general contract to provide for 10% retainage of all amounts due until substantial completion, which are then passed down to each trade contractor through the “flow down” clause in a subcontract. Occasionally, subcontractors for some early trade contractors – excavators, site utility contractors, etc. – will seek a reduction of retainage or full payment after its work is complete and passes appropriate inspections. But for those who agree to wait to be paid their retainage until later in the project, they can wait for a long time, perhaps even years, to receive final payment. A lot of things can happen during that time to interfere with that payment: the lender can stop funding the project, there can be a dispute upstream, etc., etc., etc. And claimants that are reluctant to lien projects when a payment technically is not yet due can find themselves out in the cold if the project goes sideways after their lien rights have been prejudiced.

Sufficiently capitalized companies more often can survive the lag time for payment of retainage and, presumably, more often have the bargaining power to price-in the lag or to negotiate for faster payment of retainage in their contracts. But these are not the parties who are supposed to benefit from this law. The supposed beneficiaries are the smaller contractors who do not have the capital to survive the lag time and/or perceive that they do not have the bargaining power to increase the price or to limit retainage. For many years, the legislature declined to impose limitations on the market function – until Public Act 101-0432 became law on August 20, 2019.

Because this is an addition to the Contractor Prompt Payment Act, all of the definitions of that Act apply – including the definition of “construction contract,” which:

Accordingly, any construction contract or subcontract that does not involve: (i) expenditure of public funds; or (ii) the design, alteration, improvement or repair of single-family residences or multiple family residences with 12 or fewer units in a single building, are subject to the Act.

The Intended Effect of the Law

A general contractor will have to restructure the timing of its payments from the owner to avoid coming out-of-pocket to pay for construction for which it is not paid. The owner will need to negotiate terms with its lender that provide for the cash flow necessary to pay these trades and suppliers. However, lenders likely will try to push that risk to the borrower (in the form of more equity or bonding requirements, etc.), who are in turn likely to try to push the risk onto the general contractor, who will try to push more risk downstream to the trades and suppliers. And therein lies the rub – the human reactions to this statute seem riskier to the parties claimed to be the intended beneficiaries than the risks they face currently. That is, the “cure” is likely worse than the disease it was meant to treat.

It is a law of physics, and seemingly of human nature, that for every action there is an equal and opposite reaction.

The purpose of retainage is to make sure that there remains a sufficient incentive – a big enough carrot at the end of the stick – for contractors of all tiers to continue working apace until the job is finally completed. The marketplace has dealt with this, largely effectively, for a long time. If that tool to incentivize is effectively diminished on a global basis, it can be easily anticipated that upstream contractors, owners and lenders will be looking to hedge their risks elsewhere.

First, upstream parties may largely ignore the law as the Contractor Prompt Payment Act has been ignored thus far, at least in my practice – and that might be the best potential outcome. There are two potential consequences for a violation of the Act. One is a requirement to pay 10% interest from the date the payment is now due under this law; the other is that the unpaid party may suspend performance as required by the Act after seven days’ written notice without penalty for breach of contract. 815 ILCS 603/15. Perhaps others have different experiences, but after twelve years with the Contractor Prompt Payment Act, the next time I see a contractor suspend performance on account of this statute will be the first. And when one does, it almost certainly will be the last time the suspending contractor will work for that particular customer – and its contractual remedies against the general contract almost certainly will be insufficient to make up for the losses to come.

As for the interest penalty, it is possible that after a vendor-customer relationship has crumbled, a claimant might file suit seeking interest in addition to any other money that might be due. But where a vendor-customer relationship remains intact – and that generally is the goal of any business – it is hard to imagine a downstream party suing to get paid earlier or to collect interest. Unless the project has gone sideways, when the final draw documents are tendered, chances seem high that they will not include interest for retainage withholding and that downstream contractors will accept the final payment without such interest. This is consistent with my experience thus far under the Act – I have yet to see any subcontractor hold out or sue for interest on payments measured as late under the Act. It also is not beyond the pale to expect that upstream parties may also insist on creative counting methods in their contracts to defeat the intended effect of the law. We’ll have to see how things shake out, but it is certainly possible that ignoring this Act may become business as usual.

But let’s say that upstream parties obey this new command. How will they respond?  Starting with lenders, their interests are in having sufficient collateral at any given time to secure repayment of the loan in the event of a default. Whether on account of regulations or sound banking practice, lenders will require the owner/borrower to secure them sufficiently. If the ability to hold retainage becomes limited, they may require owners: (i) to pay retainage out of their own pockets; (ii) to procure performance and payment bonds from their contractors; or (iii) take such other steps as are necessary to adequately secure repayment of the loan. Each of these steps is likely to increase the cost of construction, most directly a bonding requirement. Depending on how the economy is doing at the time and on how many tiers down the bonding requirement goes (see below), an increase of a point or two in costs may be the difference between a project getting built or not getting built at all.

To the extent that owners comply with this law, one can expect that they increasingly will require contractors to provide performance and payment bonds for their own protection, even if their lenders do not so require. In addition to the increased costs, a bonding requirement will mean that smaller, less capitalized contractors – the supposed intended beneficiaries of this law – will lose out on projects if they do not have the bonding capacity. It does not take a particularly vivid imagination to see how this will affect adversely small construction businesses.

Likewise, upstream contractors also will be more likely to insist on performance and payment bonds from their subcontractors more frequently, which will adversely impact additional supposed beneficiaries of this law. In addition, upstream contractors can be expected to stand firm on including “pay-if-paid” clauses in their subcontracts. Such clauses are not enforceable to defend against a properly perfected mechanic’s lien claim against the owner’s property (770 ILCS 60/21(e)) but are enforceable by the upstream contractor to defend against a contract claim (Beal Bank Nevada v. NorthShore Center THC, LLC, 2016 IL App (1st) 151697). If the owner does not pay the contractor any retainage due under this statute, the contractor would assert this clause in defense to the contract claim in order to pass along the risk to the owner.

While I cannot say what actually was intended by its proponents, IMHO if the new law has any effect at all it will be to force lesser capitalized businesses out of business either because they cannot procure bonds to protect upstream parties or because fewer projects get built in the first place.  The people to whom this law was pitched as a benefit might find that it hurts more than helps. 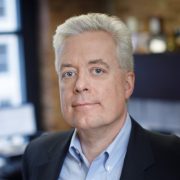 Recreational Marijuana in Illinois – Are Employers Ready for It? Scroll to top