Lenders often contact their lawyers and describe a factual scenario that ends with the inquiry: “Will this expose us to a lender liability claim?” The short answer is, “Yes, probably.” The long answer begins with, “However…” To help minimize their risk, lenders should start by gaining an understanding of the major theories of recovery commonly used by borrowers in pursuing these types of claims.

The most popular theory of recovery is breach of contract, which often arises when a lender refuses to lend after issuing a loan commitment. However, lenders are also sued for electing to waive certain requirements in loan documents. In an Illinois example, LaSalle Bank Nat’l Assoc. v. Paramont Properties et al, the lender (i) did not require properly executed requests for advances as a condition to construction draws; (ii) did not inspect the progress of construction before disbursing funds, where language in the note listed inspections as one of a number of things the lender could require before disbursing funds; (iii) allowed construction draws without the written approval of the borrower and (iv) refused to allow additional draws to cover cost overruns and environmental site assessment costs. Although these actions went against requirements in the loan documents, the lender maintained that the provisions at issue were solely for the lender’s benefit and, as such, the lender should be free to waive them at any time. The court, however, found instead that the provisions were mandatory preconditions—not options that the lender could choose whether to pursue.

Borrowers also pursue lender liability claims using the breach of fiduciary duty theory of recovery. While financial lending institutions are generally not considered insiders or fiduciaries of their borrowers, some courts have made an exception to this general rule when the lending institution exerts control over a debtor. In these cases, courts have reasoned that control does not exist simply because there is a great imbalance in bargaining power or because the lender and the borrower share a close relationship. Rather, the lender’s control “must be so overwhelming that there must be, to some extent, a merger of identity” or a “domination of the debtor’s will.” For example, the lender must “exercise sufficient authority…so as to dictate corporate policy and the disposition of assets.” (See In re S.M. Acquisition Co. and Matrix IV, Inc. v. American National Bank and Trust Company of Chicago and In re American Consolidated Transportation Companies, Inc., et al for further discussion of the types of lender control that may give rise to breach of fiduciary duty claims.)

In some instances, a contract action may not be possible due to a statute of frauds defense. In these instances, borrowers may proceed under the theory of negligent misrepresentation in attempt to circumvent the statute of frauds issue. A common scenario is where the bank represents that it will loan money to the borrower and the borrower incurs expenses to improve its property or expand its business operations. If the bank later refuses to loan the funds, the borrower may sue under the theory of negligent misrepresentation. Illinois courts have found that a bank’s oral promise should be enforced in situations where the bank should have expected that the borrower would rely on that promise, ultimately to the borrower’s detriment.

Fraud claims, which most often arise when a borrower believes it has been deceived in some way by a lender, are yet another theory of recovery. In order to succeed with a fraud claim against a lender in Illinois, a borrower is required to prove (i) that there was a false statement of material fact that the lender knew or believed to be false, with the intent to induce the borrower to act; (ii) that the borrower justifiably relied upon the statement; and (iii) that the borrower suffered damage as a result. Adding to these requirements, fraud claims have been further limited by the Illinois Credit Agreements Act, which requires a debtor to prove the statement at issue is set forth in a written agreement signed by both the debtor and the lender. Even so, a review of Illinois case law illustrates that fraud claims remain an area of risk for lenders. For example, in Gaudie v. Countrywide Home Loan, Inc., a lender and an appraiser allegedly engaged in a joint effort to defraud the borrower by falsely inflating the appraised value of the borrower’s property with the intention that the borrower would rely on that appraisal in deciding whether or not to finance the property. The court in Gaudie found that the borrower had sufficiently pled the who, what, where and why of the alleged fraudulent scheme to withstand the lender’s motion to dismiss. Further, Illinois courts have found that a fraud “may consist of the intentional omission or concealment of a material fact under circumstances creating an opportunity and duty to speak” in cases such as Euroholdings Capital and Investment Corp. v. Harris Trust and Savings Bank. In this 2008 Illinois case, the borrower was preparing to sell a majority interest in its company; however, the borrower’s primary lender failed to tell the purchaser prior to closing that the lender intended to withdraw as the borrower’s primary lender. The court denied the lender’s summary judgment motion as to the alleged fraud claim, reasoning that “it is one thing for a bank’s customer to be insolvent, but quite another for a bank to undertake conduct that will contribute to its customer’s insolvency.”

Whether it involves a breach of contract, breach of implied covenant of good faith and fair dealing, breach of fiduciary duty, negligent misrepresentation, fraud or a myriad of other recovery theories, the sky is the limit in terms of the potential for lender liability claims. However, by avoiding actions that breach agreements or commitments with borrowers; by carefully documenting, monitoring and enforcing the parties’ rights and obligations; and by avoiding involvement in borrowers’ corporate management and business operations, lenders are more likely to steer clear of costly and distracting liability claims. 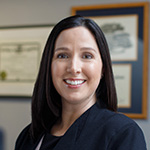 Practical Rules for Creditors: Protecting Your Secured Interests in Collate...

Illinois Appellate Court Bolsters a Mortgagee’s Right to Install a Re... Scroll to top