Upon taking office, Governor Pritzker took immediate steps to once again make project labor agreements (PLAs) overt public policy for public works in Illinois, to return prevailing wage determinations to the Department of Labor, and to tie those determinations to union-scale rates. In Wisconsin, Governor Evers has likewise signaled a similar shift in public policy, albeit without the legislative support necessary to see a change in public contracting in Wisconsin in the near term. Nonetheless, the use of PLAs and the requirement of prevailing wage on public contracts in many states – and Illinois in particular – bring the issue of multiemployer bargaining associations to the forefront for construction industry employers. On one hand, membership in a multiemployer association may be perceived as almost necessary to bid for public works, especially work covered by a PLA. But there are significant costs and loss of control that accompany handing over collective bargaining to a multiemployer association.

Two recent court decisions upholding National Labor Relations Board (NLRB) orders in the construction industry demonstrate the significant commitment of joining a multiemployer bargaining association, the importance and complexity of adhering to contractual withdrawal procedures when an employer decides to leave a multiemployer collective bargaining relationship, and the need for forethought to control and mitigate those costs.

In one case an electrical contractor found itself bound to a CBA for four years longer than it intended because it withdrew from the prior CBA but inadvertently did NOT withdraw from the multiemployer bargaining association. In NLRB v. Midland Electrical Contracting Group (May 28, 2019), the Third Circuit Court of Appeals agreed with the NLRB that Midland failed to effectively withdraw from the Building Industry Electrical Contractors Association (the Association). Several years earlier Midland executed a Membership Agreement with the Association that designated the Association as Midland’s representative in negotiations with the United Electrical Workers (the Union). The Membership Agreement provided that any resignation from the Association required written notice no less than 90 days before the Membership Agreement expired. When Midland joined the Association, it also signed an assumption of the existing CBA between the Association and the Union. That CBA and the successor CBA had their own termination provisions. In November of 2014, Midland provided written notice that it would not renew the existing CBA, and Midland stopped make the benefit contributions the CBA required. Meanwhile, the Association and the Union negotiated a new CBA. The Court agreed with the NLRB that Midland was bound to the new CBA because “Withdrawal from a multiemployer bargaining association is distinct from terminating a CBA.”

In the other case, an excavation company was on the hook for benefit contributions despite not being a signatory to a current CBA, because it never took formal steps to terminate its relationship with the multiemployer association. Instead, it made benefit contributions sporadically in order to have access to the union workforce. In NLRB v. Anderson Excavating Group (May 31, 2019), the Eighth Circuit Court of Appeals concluded that Anderson owed contributions to benefit funds because it never formally terminated its relationship with the multiemployer association that negotiated the local Heavy Highway CBA with the Union of Operating Engineers. After each CBA was ratified, the association would send a one-page adoption to its member employers to sign. Anderson had not signed the adoption sheet since 2004, but had adhered to the CBAs, hired from the union hiring hall, paid union wage rates, and made contributions to the benefit funds. But an audit concluded that Anderson had underpaid the funds. Anderson refused to pay the arrears, and the NLRB charge resulted. The Court concluded that Anderson was bound to the existing CBAs, owed the arrears, and committed an unfair labor practice by failing to comply with the CBA.

What Should Employers Know?

These decisions illustrate the significant commitment of joining a multiemployer bargaining association. An employer in a locale such as Illinois that favors project labor agreements and relies on prevailing wage rates for public contracts, may have a strong incentive to participate in a multiemployer bargaining association, thus ensuring a certain access to public contracts and simplifying compliance with their requirements. But the obligations of a multiemployer CBA extend beyond public contracts, and employers who find that a multiemployer relationship no longer suits their business objectives need to plan an exit strategy very carefully. Employers should seek guidance before joining a multiemployer association in order to fully understand the long-term obligations and costs. An employer that is already part of a multiemployer association should not only be familiar with the CBA negotiated on its behalf, but also its membership agreement, and should understand the process and timelines for withdrawing both its association membership and its recognition of a union, long before taking either of those actions. Poorly planned exist strategies will almost certainly result in costly unanticipated obligations that may continue for years. 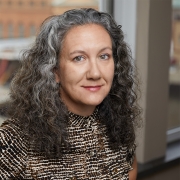 Andrea has more than 23 years of experience practicing labor and employment law.  If you need assistance with a related matter, contact Andrea.

Deciphering the Alphabet Soup of Entities Scroll to top