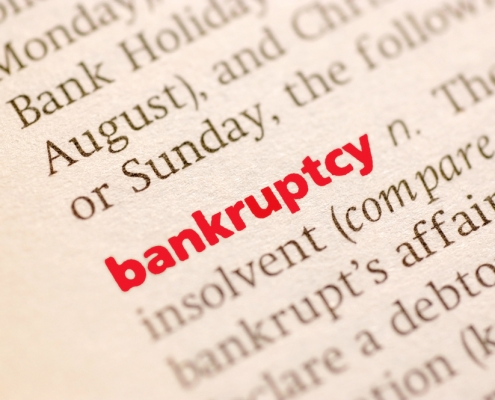 Last month, the United States Court of Appeals for the Seventh Circuit issued a comprehensive ruling regarding creditors’ objections to discharge under 11 U.S.C. § 727(a)(4).

In 2013, Monik Chlad (“Chlad”) and her husband, Eric Vehovc (“Vehovc”) (collectively, the “debtors”), filed a joint Chapter 7 bankruptcy petition seeking a discharge of approximately $5 million of debt. After filing their financial disclosures, two creditors brought an adversary proceeding objecting to the discharge under 11 U.S.C. § 727(a)(4). The creditors alleged that the debtors’ filings omitted information material to their financial condition.

The Appellant, Chlad, was the sole owner of Lockwood Development (“Lockwood”), a real estate company. While Chlad was the sole owner, both debtors worked for and ran the company together. The creditors alleged that the debtors failed to disclose the following in their financial disclosures: (a) the existence of real estate ownership, (b) a significant creditor, (c) bank accounts that Chlad jointly-owned with her mother and a Lockwood subcontractor, (d) a sizable shareholder loan, (e) certain forms of income (child support and rental), and (f) an alternate first name that Chlad used.

During the trial in the Bankruptcy Court, Chlad testified that the omissions in her filings were the results of innocent mistakes, and her bankruptcy attorney even testified that he was responsible for some of them. Despite testimony of “innocent mistakes,” Chlad’s testimony also showed that she was not only actively involved and knowledgeable on her and Lockwood’s financial affairs, but also that her attorney advised of the consequences of making misstatements in her submissions, and even went through the filings page-by-page with Chlad before they were filed.

Consequently, the Bankruptcy Court determined that the omissions and misstatements were material and reflected false statements under oath that the debtors either knew or should have known to be false. Furthermore, the Bankruptcy Court concluded that the misstatements and omissions demonstrated a “reckless disregard for the truth,” which it found to be sufficient to support a necessary finding of fraudulent intent to deny a discharge under 11 U.S.C. § 727(a)(4).

The crux of the appeal lied in the latter two requirements that the statements were made “knowingly” and “fraudulently.”  Regarding “knowingly,” the Seventh Circuit had no issue concluding that Chlad had knowledge of the omissions and misstatements in the financial disclosures. However, it did note that it did not read § 727(a)(4)’s knowledge requirement as the need for the debtor to be aware of a legal obligation to disclose information. Instead, actual knowledge of the omitted information is sufficient.

Regarding the definition of “fraudulently,” the Seventh Circuit explained that creditors do not need to demonstrate that the debtor intended to gain a pecuniary benefit through his/her omissions. Instead, “evidence of reckless disregard for the truth is sufficient to prove fraudulent intent,” which can be based on the circumstances as a whole and a pattern of omissions engaged by the debtor. Thus, based on this definition, the Seventh Circuit affirmed the Bankruptcy Court’s finding as the fact that “two permissible conclusions” regarding Chlad’s intent could be found, indicating that the Bankruptcy Court’s finding was not clearly erroneous.

What Does This Mean for Creditors?

This decision provides vital guidance as to how the Seventh Circuit defines “fraudulent intent” under 11 U.S.C. § 727(a)(4). Instead of requiring creditors to demonstrate that the debtor intended to obtain a pecuniary benefit through his/her omissions, evidence of “reckless disregard for the truth” is sufficient and can be based on the circumstances as a whole and a pattern of omissions engaged by the debtor. This definition of fraudulent intent should be noted by creditors’ attorneys as a reminder to thoroughly fact-check debtors’ financial disclosures, as a finding of multiple misstatements and omissions may be a basis to object to discharge.

Ban the Box – What Private Employers Must Know